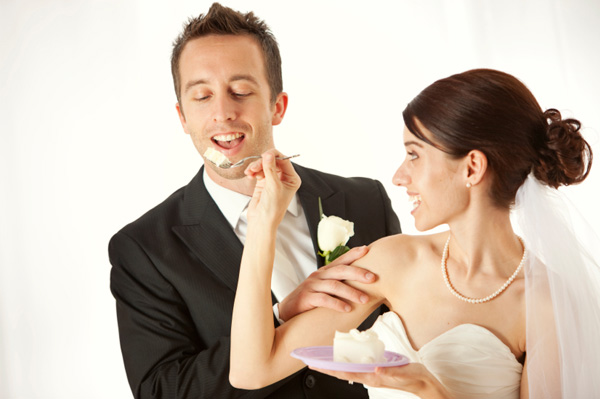 For many years now, cakes have long been associated with weddings, and there are so many symbols of a wedding cake that have evolved over time, across different generations and different tribes.

These are some symbolic beliefs that have long been associated with wedding cakes.

1. The tradition of a wedding cake dates back to the Roman empire.

2. The concept of the modern wedding cake originated at the wedding of Prince Leopold, Duke of Albany in 1882.

3. During the Roman era, unsweetened barley bread was used as the wedding food and the groom would break the piece of bread in half over the brides head symbolizing “breaking of the bride’s virginal state and the subsequent dominance of the groom over her.”

4. In the 18th century, newlywed couples would try to keep the cake until their first anniversary to prevent them from marriage problems in the future.

5. In the medieval era, wedding cakes were constructed in rolls and buns that were laid on top of each other. The groom and bride would attempt to share a passionate kiss on top of the stack of rolls to ensure fertility and have good fortune.

6. The cutting of the cake is also symbolic. The cake was originally intended to be distributed among the guests by only the bride because consuming the cake would ensure fertility.

7. The white icing on a cake was a sign of virginity and purity.

8. One of the first traditions of wedding cake began in Ancient Rome where bread was broken over the bride’s head to bring good fortune to the couple.

9. The stacking of cake is an old tradition. The tradition of stacking of the cake represented fertility. Couples would stack as many layers as they could as this symbolized the number of children that they would have.

11. Once the cake has been cut, the groom will feed his bride, and then the bride will go second. This ritual symbolises their commitment to provide for each other, and also symbolises good luck and fortune.

So when next you go for a wedding, just remember that the wedding cake goes beyond a snack to be eaten or a piece of decoration; it’s as well symbolic.